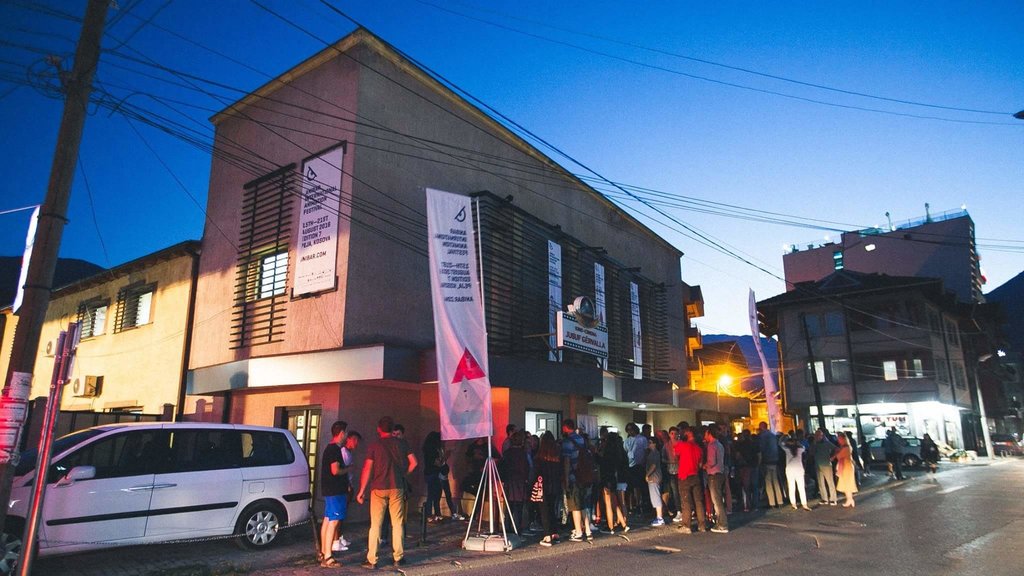 A crowdfunding campaign has been launched to turn Jusuf Gërvalla Cinema – a cultural heritage building, home of Anibar International Animation Festival – into a vibrant cultural centre serving the needs of the community.

Jusuf Gërvalla Cinema has played a significant role in the development of the city since its construction in 1955. It was key to the cultural life in the city with new film screenings, musical and theatre performances, and the meeting point for locals until its untimely abandonment in 1998. Then in 2001, with the assistance of foreign donations, the cinema was repaired and added as a historical monument under the National Culture Heritage list.
Anibar International Animation Festival – a key film festival in the region – made the cinema its home in 2015. The municipality of Peja awarded Anibar a 15-year lease in December 2016 for the Jusuf Gërvalla Cinema. Anibar has served as devoted stewards of the Jusuf Gërvalla Cinema and its cultural significance. Working with the municipality and other organizations to ensure that the Cinema remains Peja’s cultural centre. Anibar has revitalized the cinema as Peja’s cultural centre by hosting local cultural events, organizing concerts, and orchestrating film screenings.

Cinema for the city!

The next step in the Jusuf Gërvalla Cinema revival is to restore its cinematographic functions. Anibar understands the importance of the cinema to the local community as well as the importance of retaining the collective memory and the identity of the cinema. That is why Anibar is starting the journey to crowdfund through Kosova Ideas. The amount collected through the campaign will help renovate the cinema, which includes basic infrastructural interventions and creating a space that could be better used and have multi-functionality. This campaign can provide the necessary assistance required to make the cinema an alternative place of film, art, culture and civil society by improving the social and cultural life of the citizens.