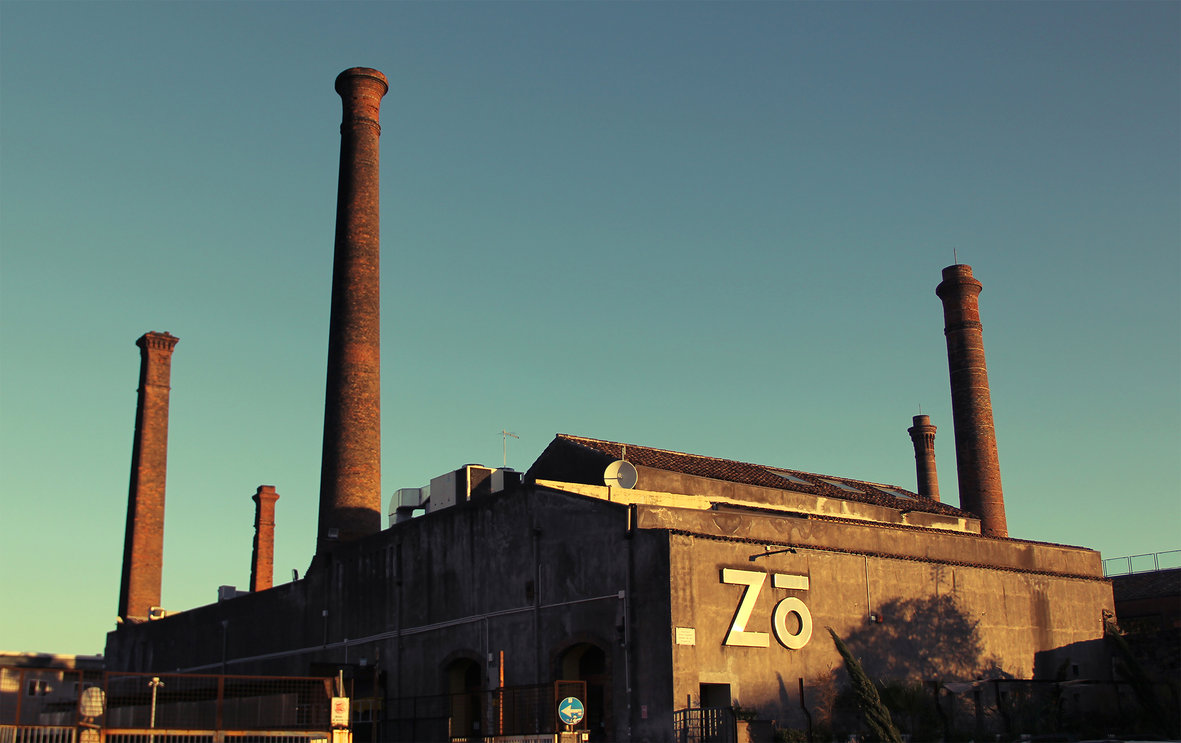 Zō Centro Culture Contemporanee, located in an ex-sulphur refinery, is part of a group of factories dating back to the last century in Italy. According to an agreement with the Catania Town Council (which owns the building), the cultural centre is managed by Zō Associazione Culturale, composed of local cultural operators.

During the year, Zō programmes and produces cultural events (theatre and dance performances, concerts, cinema screenings, festivals), giving particular attention to education and social innovation. Networking with similar international organisations, it promotes the dissemination of all artistic and cultural forms related to contemporary languages and knowledge.

Zō is not just a theatre, a concert hall, a dance studio, a cinema, or an auditorium – it’s all of these in one, which makes it unique on the territory. Combining a strong cultural soul, oriented towards the search for new expressive languages, with an innovative entrepreneurial form, Zō is considered a ‘pilot project’ at national level. It is one of the few multidisciplinary and independent cultural centres in the South of Italy, which is both a source of great pride but at the same time an everyday challenge.

Zō was the first and is still one of the few multidisciplinary and independent cultural centres in the South of Italy run by a small team of cultural operators.