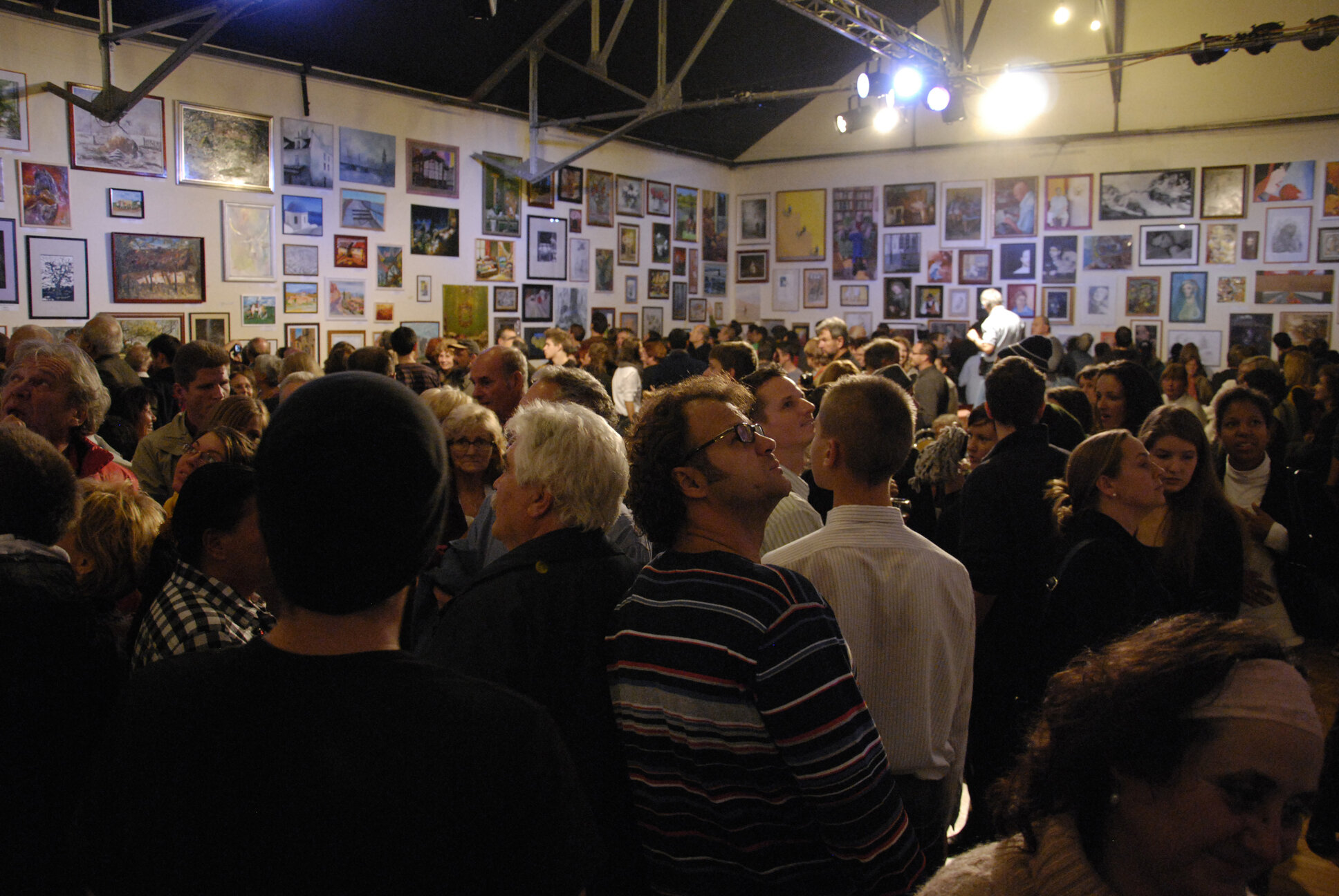 Winter months are always busy time at our member centres. Check out what they have prepared for December and January. 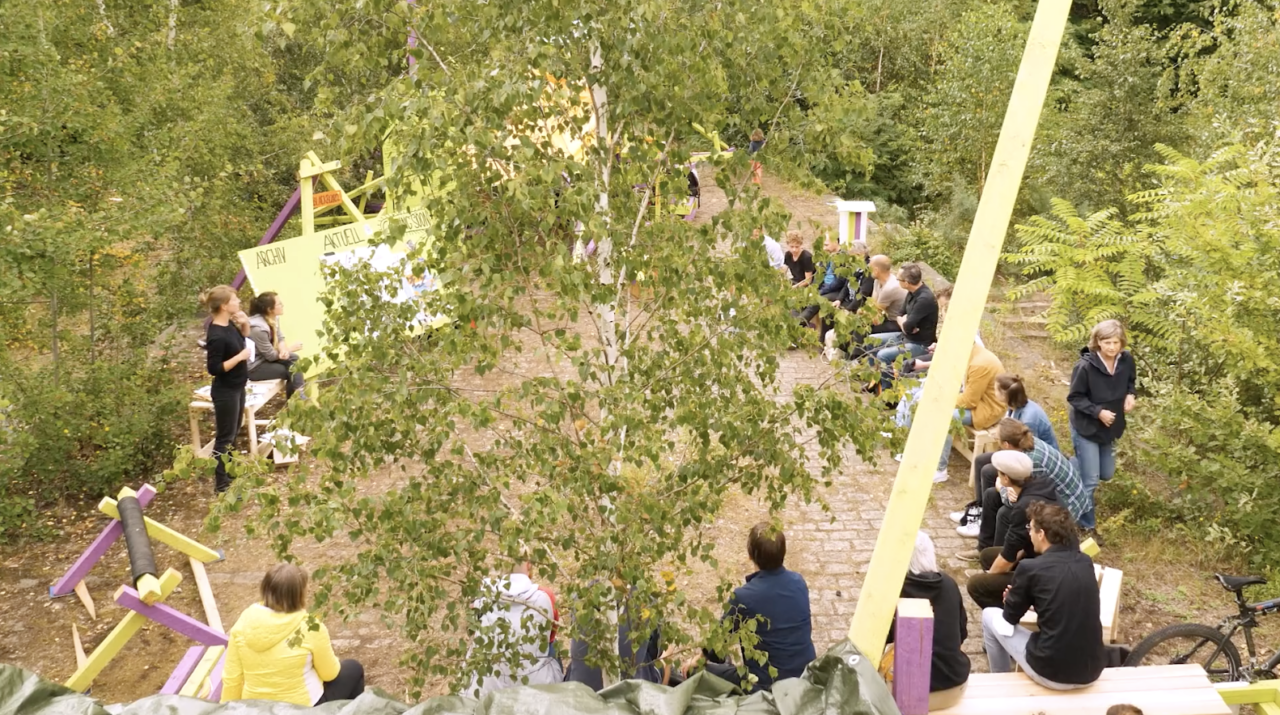 During July-August GEH8 tested out how artistic practices can be tools for sustainable urban development in the green space of Leipzig former train station. This initiative created an innovative format for public debate where strategies and approached for more sustainable and inclusive development of the area were discussed.

At the same time, the project focused on the arts education of youth and children about content and space relationship. GEH8 is very pleased with the results of this experiments as it allowed them to showcase their key conmpencies and skills and engage into the topuc they are passionatee about such urban development and arts education of children and youth.

You can see the results of the project in this video: https://www.geh8.de/frei-raum-direkt-dokuvideo/
Video credits: Jeremias Eichler 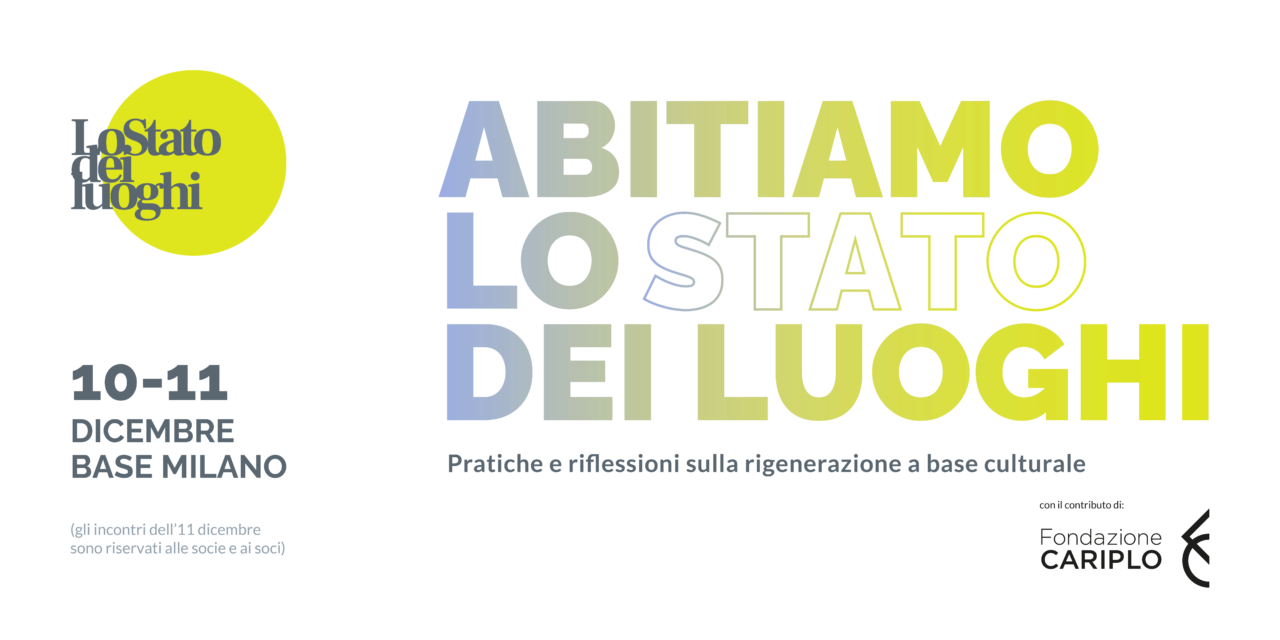 On December 10th and 11th Lo Stato dei Luoghi, the Italian network of activators of culturally regenerated places, will host its first physical event and a General Assembly since its creation. The event, which will take place in Milan, will represent an opportunity for institutions, local and national stakeholders involved in cultural regeneration and Lo Stato dei Luoghi’s members to discuss about the political situation in which cultural and creative centres are re-starting after a long season of resistance. TEH will also be present with Tiffany Fukuma, TEH Managing Director, as a speaker in the panel “Building Alliances and Collaborative Networks” on December 10th at 12.00.

You can see the event in live streaming recording by connecting to the Lo Stato dei Luoghi’s Facebook page: https://www.facebook.com/lostatodeiluoghi 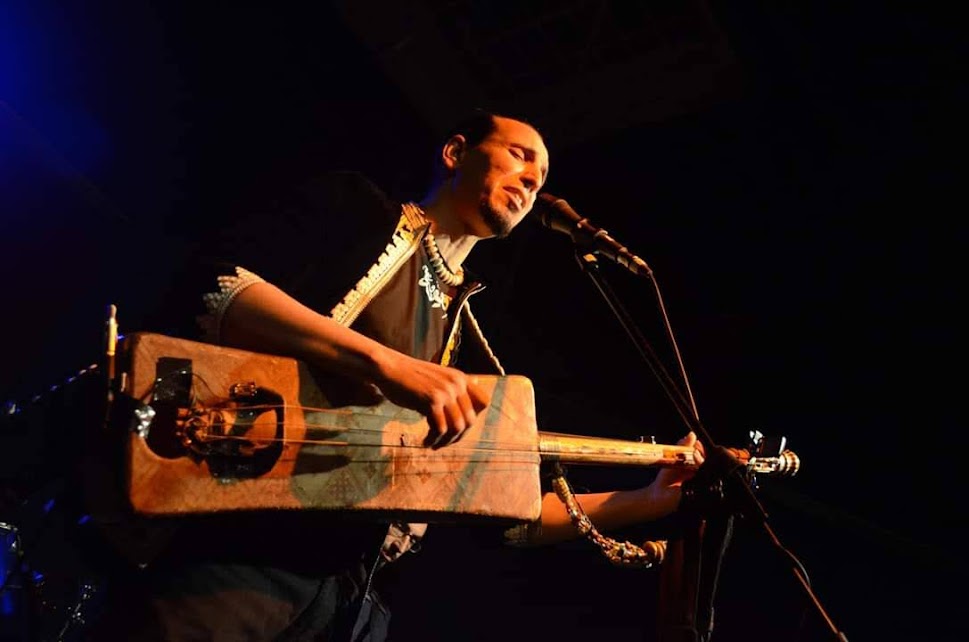 Association Oltre… and Soundroutes Italia present the project “Musical Diasporas”, a musical journey through Tunisia, China and Morocco. We started from the popular neighborhoods of Tuni, Rumi’s poems and tales of Sufism with Taha Ennouri, Ali Belazi (from Tunisia) and Mosaab Hamad (born in Egypt). Afterwards we travelled to the far East and we discovered the charm of the traditional Chinese music with the Ensemble du Sud composed by Manu Napolitano, Fu Wanying (from Bologna) and Yixuan Li (from Henan, China), accompanied by chinese tea and calligraphy. Finally, for our last appointment on December 12th we are going to explore Gwana, a music reborn on the Maghreb coasts from the African animist culture that tell about travel, nature, the sea and the sky and how humans live in harmony with them, with Mayma, born in Rabat and raised in Italy and Abdullah Ajerrar, who was born Essauira, the capital of Gwana music in Morocco. The musical event will be accompanied by an art exhibition from Ahmad Jaddouh, a painter from Siria, who moved to Venice in 1980 and now works a lives in Bologna. 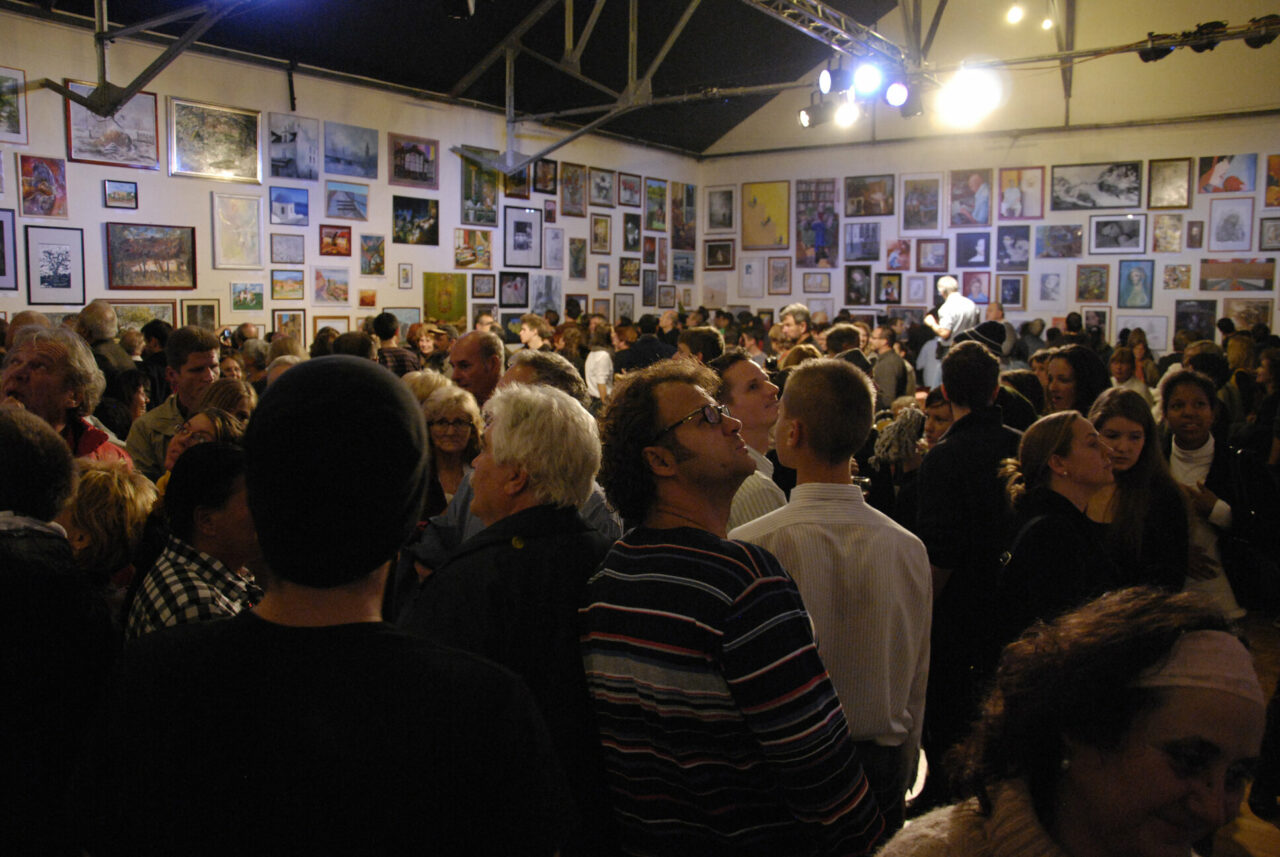 The Danube Tango Marathon/Festival on 3-6 December 2021

The Danube Tango story started at Bakelit Multi Art Center. This iconic place is located in an abandoned old factory building and it is a home of many contemporary art projects: dance, theatre, exhibitions, art workshops etc. We are happy to host The Danube Tango Festival on December’s first weekend: a lot of great danacers, happy faces, warm hugs and beginnings of beautiful friendships… and workshops from Rocio Lequio & Bruno Tombari. Their dance is clihcé-free, fresh and unique. Take advantages to learn from them and enjoy tango as you enjoy playing.

The Talent Project, organised by Bakelit Multi Art Center is open for talented but non-professional artists to improve and introduce themselves. This is the 13th time we have been organising this event about paintings and graphics, which we named “Flora-Fauna-Human” Life & Ecology because of the rough last year. The nominated art objects will be qualified with an independent, professional jury. The Jury will select the TOP 100, which will be also exhibited in different categories – open for the audience. 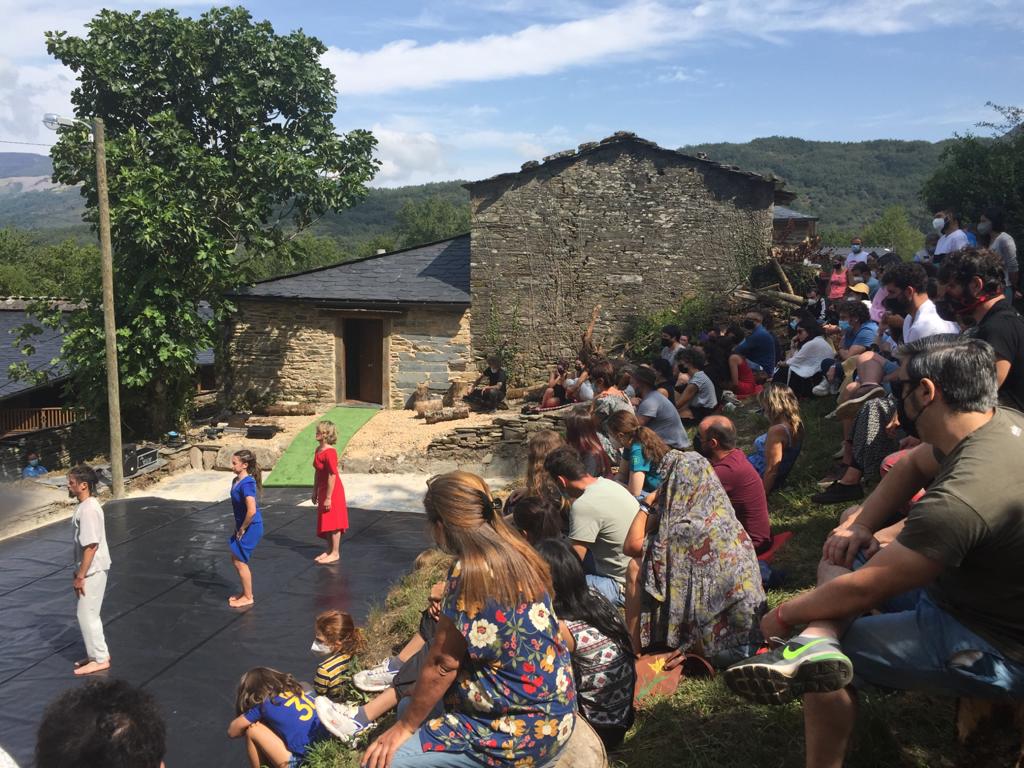 The Festival dos Eidos is a cultural event that takes place in August every year in the Courel Mountains UNESCO Geopark. The foundation opens its doors for this festival of poetry, music, dance, audiovisuals, birdwatching and other activities around the places described by the poet Uxío Novoneyra and in communion with the natural territory present in his work. Eidos de Outono is the musical extension of this initiative, which was held this year for the second time with contemporary music marked by the avant-garde and diversity of styles. The Uxío Novoneyra Foundation was in charge of organising poetry recitals in the old Casa da Fonte (House of the Fountain), where its headquarters are located. 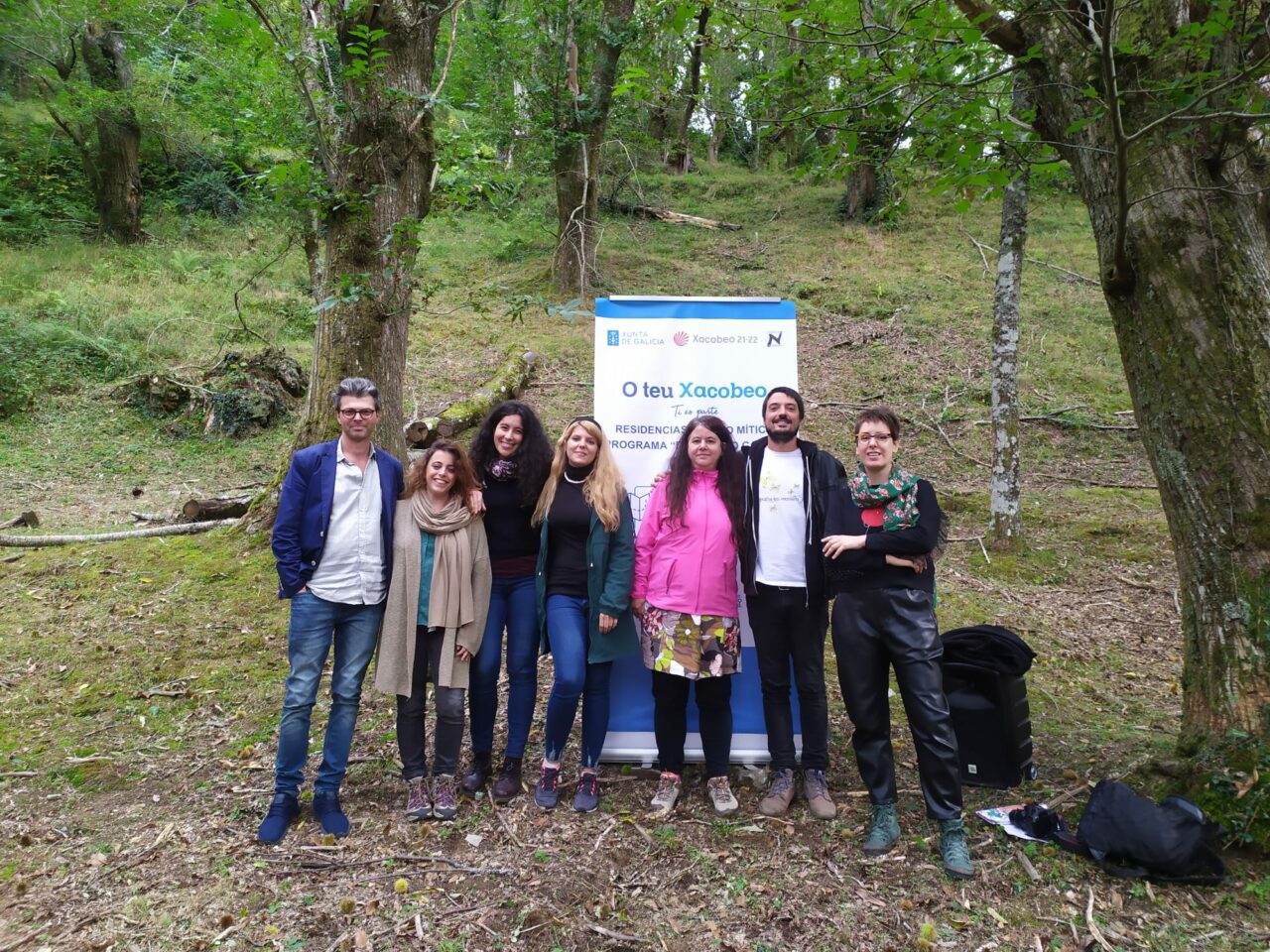 This year saw the second edition of the international itinerant literary residencies ‘Ámeto Mítico’, dedicated to recovering the Jacobean theme for international poetry. The poets, who this year came from different regions of Spain, Hungary and Ireland, travelled along the French Way of St. James and then visited educational centres in the area, culminating in a final recital at the headquarters of the Uxío Novoneyra Foundation, in the Courel Mountains UNESCO Geopark. The residencies are part of the cultural programme of the Xunta de Galicia “O Teu Xacobeo” and this second edition was part of the BE(p)ART project, funded by the Creative Europe programme of the European Commission. 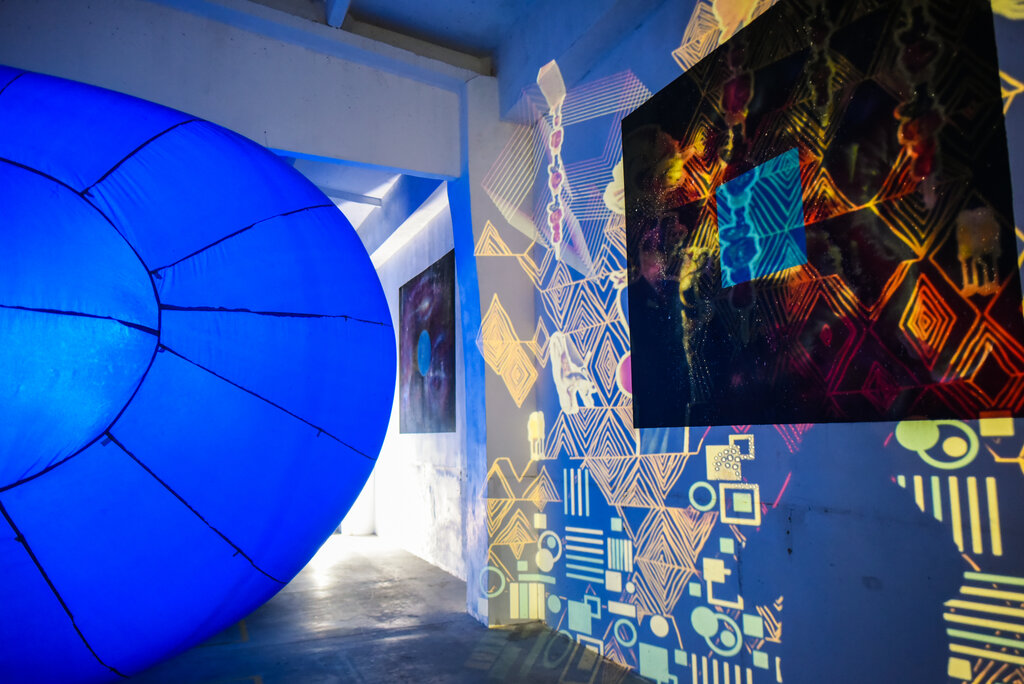 Timișoara will be the European capital of culture in 2023. The Analog Route is an integral part of the Timișoara 2023 Bidbook, which is composed of 3 main pillars: Analog Experience, Analog Mania and the Analogic Embassy. Between November 1-28, the Youth House hosted the exhibition Analog Mania, a project dedicated to analogue art and technique: from photography, film and sound to exhibits related to the “mania of the object” (print, tools, installations, etc.). The works of over 50 artists from 9 countries were brought to Timișoara. The people of Timișoara also had the opportunity to visit the exhibition during guided tours between November 15-20.

Moreover, the Analog Route presented artistic performances at the Analog Mania exhibition in the public spaces of Timișoara – an art space called BLABLA was exhibited in different locations in Timișoara. Starting with November 21, mini-exhibitions can be visited, which are part of the international festival Analog Mania, in three youth centres in the neighbourhoods of Timișoara: Șagului, Martirilor and Circumvalațiuni.

After more than two weeks of work, around 20 international volunteers from the Youth Centers UP II project and the local community transformed a thermal point into a youth centre in the Circumvalațiunii neighbourhood. Like the other existing centres, this youth centre offers opportunities for participation and development for young people.