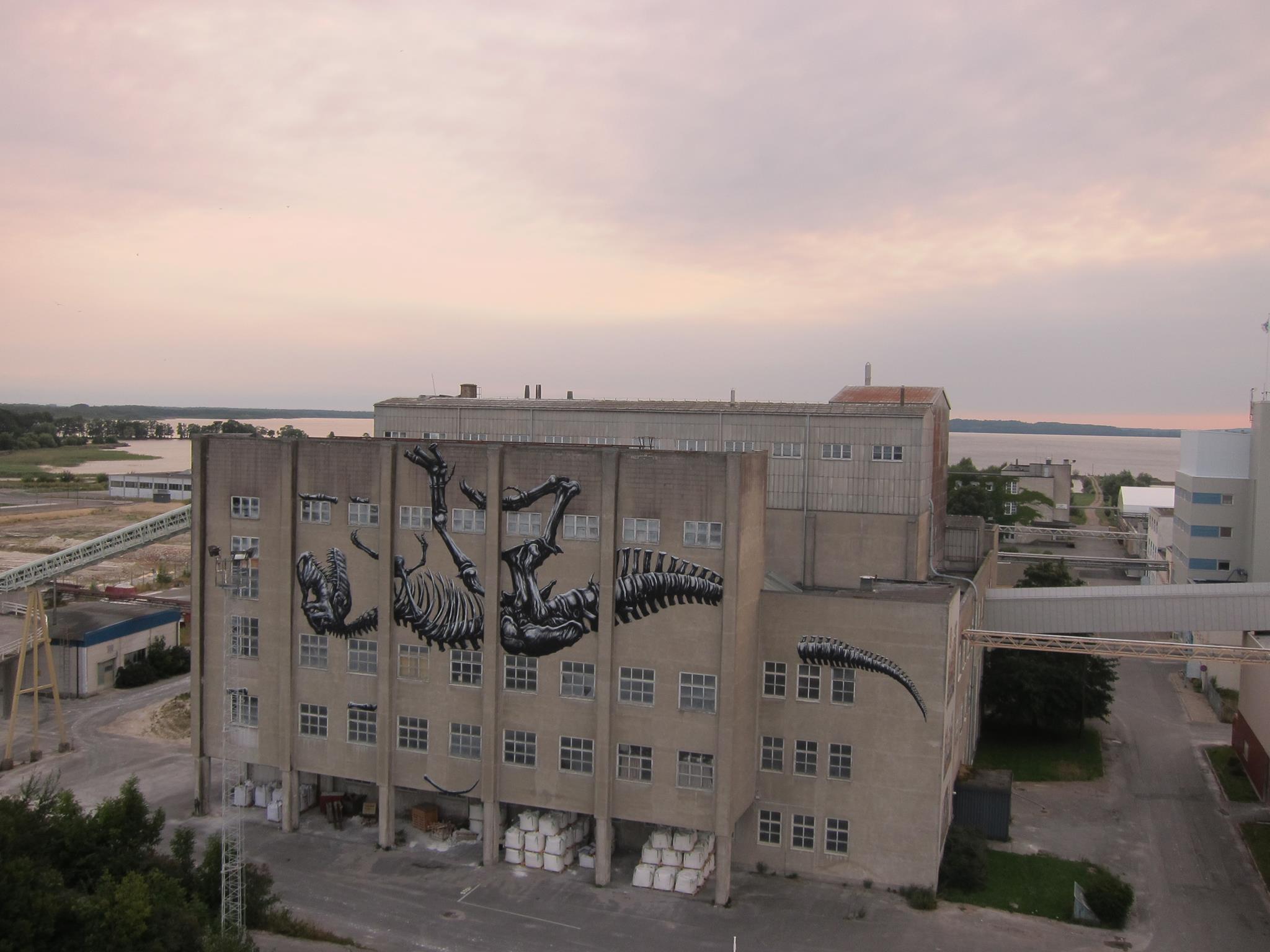 Take a look at the amazing story of Ifö Center.

“In 2012 we began creating our dream project Ifö Center on the upper floors of a ceramic factory in southern Sweden. The unusual situation was that the factory was still fully operational – but only used the ground floor. Down there over a hundred workers produced ceramic insulators for an international market. However, the upper floors had pretty much been entirely abandoned for 30 years. Windows were broken, birds had moved in and everything was covered in thick layers of dust.

Still, the light was so beautiful, as were the rooms. Huge unused spaces. We obtained permission from the factory to create a culture project on the upper floors. In 2014 we received funding from regional EU funds. A contract was written. with the factory, where they gave us a users contract over 4.500m2. This meant no rent, but also no rights or demands. Any infrastructure, repairs and upkeep were up to us. So we worked hard and created our own heating system, built studios etc.

Simultaneous we started the Ifö Center Outdoor Gallery, with street artists from all over. In February 2018 the owners of the factory announced that they were closing down all production in Sweden. We were given an ultimatum – buy the entire factory or leave within 10 months. Ifö Center is and was run via a non-profit organization with 200 members. So we called an extra annual meeting and decided to try to buy the factory. First, we did some research, then we formed a limited profit shareholding company (SVB). The structure of it is that Ifö Center always will remain majority shareholder, but up to 49% can be sold to create eq. And so we did just that – we sold shares. Many shares. In every way, we could think of, like a crowdfunding campaign.

We managed to sell enough shares to cover the down payment. About 600-700 people bought shares or made small donations. This, in turn, made our local small bank feel ok about lending us the rest of the money – if we put up the factory and a private villa as security. So we did. And on 2 Sep 2019, we became the owners of the 42.000m2 factory. The idea with the set up is that the SVB can never give out a big profit to its owners. Thus there is no incentive for selling and destroying the project even if land prices were to rise or property value would go up. If the operation stops, the owners get their cut back plus interest and a small %. Any bigger profit goes back into the project as long as it exists, and if it ends the profit goes to Allmänna Arvsfonden.”