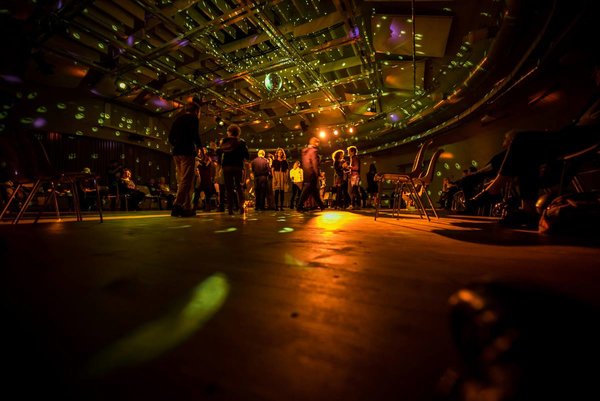 The theatre Company Laminarie, established in 1994, is based in Bologna, Italy. It aims to research and study the original languages of contemporary theatre. As well as producing performances for adult audiences, it also dedicates part of its activity to theatrical research on childhood.

DOM – the Dome of Pilastro – has been the home of Laminarie since 2009, managed in agreement with the Municipality of Bologna. Pilastro is a suburb district of Bologna, characterised by the social and economic brittleness of its residents but also by a considerable distance from the historical centre of the city, where cultural activities are rooted with greater difficulty. In this context the DOM, in all the time from its creation (in 2009) until today, has been recognised by the inhabitants of the ward and the city as a cultural garrison at a national and international level – as a place dedicated to contemporary languages. It has built a broad audience that follows the activities proposed with assiduity achieving success both among the public and among the operators of the sector.

DOM of Laminarie is a room that works on the borders between theatrical residence and hospitality, city and suburbs, childhood and adulthood, migration and memory, theatrical research and voices from the neighbouring district of the Pilastro. The activities are the result of the continuity of the methodology that has characterised their work for years.

Laminarie is strongly rooted in the local area through its daily relationship with citizens, associations, school, local institutions, as well as working experiences in Italy and abroad. The DOM has at his own centre the theatrical research that helps to forge strong relationships with other artistic languages through a constant rapport with the audience, students, artists and the people living in the quarter with a strong multidisciplinary, international perspective.

The DOM la cupola del Pilastro is a circular shaped building equipped with technical facilities that make it suitable for hosting performances, both musicals and exhibitions, as the DOM has been designed as a flexible room able to host all forms of contemporary artistic languages.