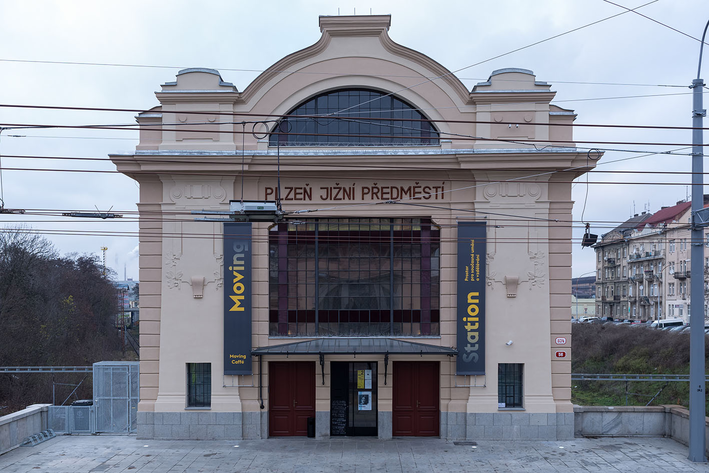 Moving Station is an alternative scene for contemporary dance, theater and interdisciplinary artistic experiments, which since 2000 hosts artists from around the world. It is also a suitable venue for conferences, corporate events, festivals, lectures, performances, concerts, exhibitions, openings, film screenings, poetry readings, friendly and artistic meetings, weddings and celebrations. The space of a former railway station became a birthplace of many original and successful projects that represent the independent culture of Pilsen and Czech Republic.

Moving Station is run by an NGO named JOHAN – the centre for cultural and social projects in Pilsen. JOHAN is unique in the efforts on interconnection. We always aim at building bridges. We work with children and young professional artists, we produce performances of the local scene as well as of artists from Brazil, Russia, Madagascar or Japan; and parallel to the performances and exhibitions we organize public workshops.

Finished reconstruction has opened space for expansion of the collaborating artists, fostering new talent in the form of artistic residencies and helped to develop new forms of dialogue with the audience and neighbours around the city of Pilsen.

In their work they take special focus on the interconnection of arts and education.

What TEH project is the centre part of?